Why you need a DockATot 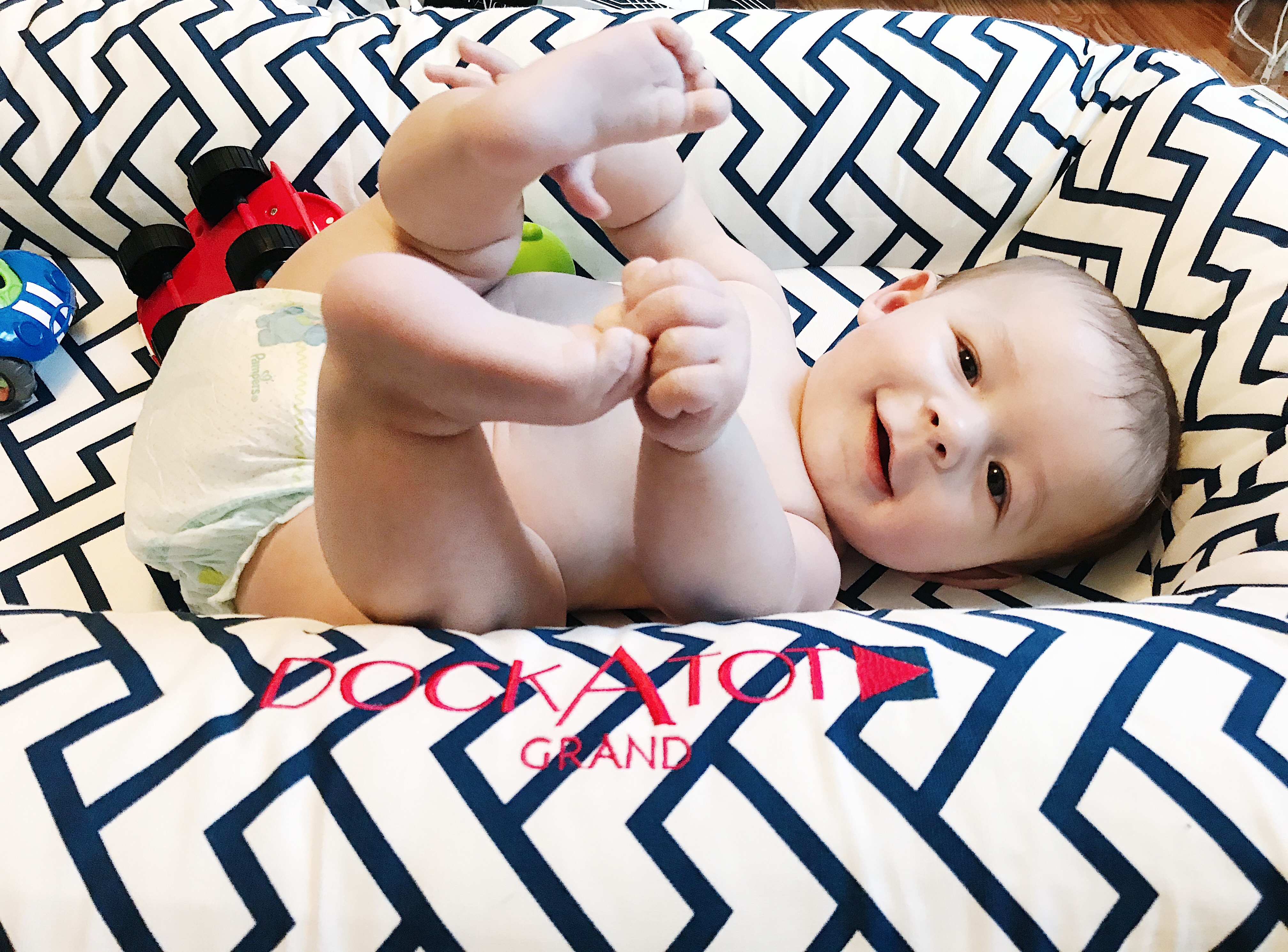 Sleep… what is sleep like as a parent? Tired… Have you ever really been tired in life before becoming a parent? I use to say I was tired all the time before having kids but now I look back and laugh at that young girl who thought she was tired. When I was making my baby registry the second time around I remembered what worked for Madison, and what didn’t and stuck to the basics for Colton. The one item that I wished I would have found sooner was the DockATot! I discovered the DockATot on Instagram when Colton was 4 months old and knew it was a product that we needed.

If you’ve never heard of a DockATot it is a multi-functional lounger, co-sleeper and a playtime lounger! It is easily a on the go item, so it is perfect to bring traveling or for use around the house.

It is handmade in Europe, and designed in Sweden, OEKO-TEX certified, tested for breathability, all natural, 100% cotton, and a ideal micro-climate for babies and tots which means it is mom approved!

Our DockATot came with a Spare Cover with the perfect colors! There was so many different ones to choose from that I had a hard time picking! The cover was super easy to put on, you just take off the white original cover from the top part and pull out the bottom part and replace those parts into your spare cover.

We personally do not co-sleep, so if you don’t co-sleep do not let this be a deal breaker for you. Madison has slept in our bed on many occasions when she was sick or had a bad dream, but I could never sleep well with her in there. I am happy to say that now if Colton became sick we could easily sleep with the DockATot in our bed and not have to worry about him not being safe.

We have loved all the playing time that Colton gets in it, and it’s only just begun. Its a safe place for him to be learning how to sit up without getting hurt. His big sister Madison also loves to sit inside of it with him and play.

This would be a great gift for any new moms! I would recommend getting the DockATot Deluxe and then upgrading to the DockATot Grand which is also great for toddler bed transition. We struggled with transitioning Madison from her crib to her toddler bed, so I am looking forward to having this for Colton.

Go check DockATot out on their Instagram page! @dockatot and check out their website and get your own DockATot here!

I recieved product in exchange for a review, but as always the opinions above are 100% my own.

Holiday gift guide for under one!