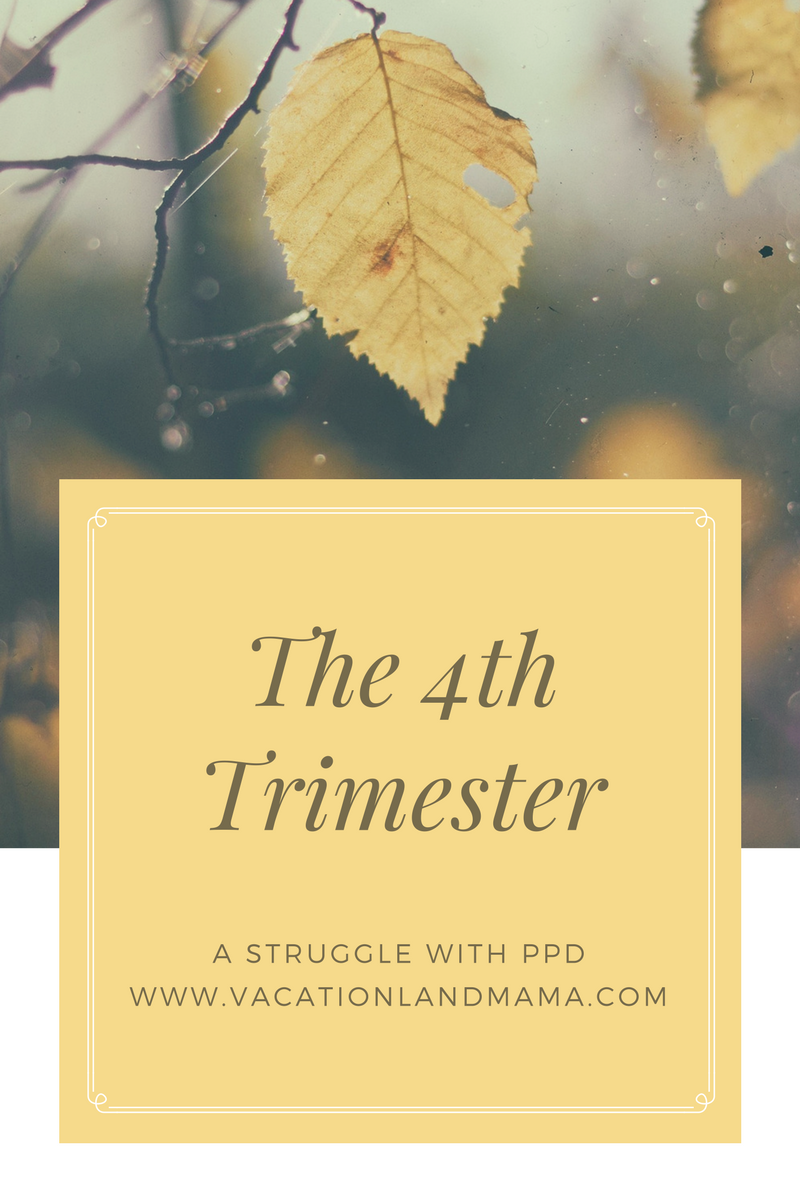 Post partum depression… ugh it’s such a topic that is almost forbidden and almost feels shameful. Before I was pregnant with Madison I knew a ton about child birth and then you had the baby and that was it. No one tells you about the 4th trimester and those first few months (or longer).

When I was pregnant with Madison I had a very easy pregnancy, easy delivery but the first three months were very hard. Madison was super colic and had to be on nutramigen formula due to a milk allergy, so basically she just cried for the first three months and at times it was stressful but I was okay with it and totally head over heals in love with her. Fast forward to three years later when we decided to start trying for our second child and I was pregnant after the first month. Starting at 6 weeks I was sick every single day until I gave birth. I was in the hospital at 20 weeks with contractions and was told that basically if I went into full on labor there was nothing they could do because a baby is not viable until 24 weeks. I spent the next 10 weeks with ultrasounds every week that checked my cervix and Coltons size. I had barely gained any weight because I had been so sick but he was measuring big and when I say big I mean at 36 weeks he was measuring 42 weeks!

At 36 weeks I found out he was breech and again at my 37 week appointment it was confirmed he was still breech so I scheduled a c-section for June 11th when I would be 39 weeks. A week later at my 38 week appointment it was confirmed that he turned and was now head down, yay! This boy was for sure keeping me on my toes already. I left my appointment that morning and went back to work but soon after starting having contractions so went back to the hospital to be told, nope not labor. I feel awful for the ladies who deal with prodromal labor for weeks because it’s painful and annoying!

The next morning I woke up still having contractions so my husband and I headed back into the doctors after dropping off Madison at daycare. I was 3cm dilated when I got there and the nurse was planning on sending me home to walk but wanted to watch his heart rate to get a baseline for we left. The doctor came in shortly after to check me and I was 4cm and she said “today’s the day to have a baby!” Thank goodness!

I was admitted and we just hung out for awhile I progressed to 5cm but wasn’t progressing any more so they were going to start me on pitocin so in turn I asked for the epidural because I knew the pitocin would intensify my contractions and I wanted to be comfortable. The anesthesiologist came in and prepped me and I explained that I had a epidural with my daughter and felt absolutely nothing and had no bad reactions. He explained that it sounded like my pain tolerance was high so he was only going to do half the dose and we could increase if needed. He set everything up and inserted it and then said he was going to do the test of the medication. As soon as he injected it the back of my neck instantly got extremely hot and I was light headed and watched my blood pressure crash to 60/40 and Colton’s heart rate go to 40. The nurse instantly jumped into action and had my lay down on my side, placed a cool cloth on my head and the oxygen on my face. She attempted to call the doctor but she was in the OR and made another call to the covering doctor who was next door at her office, no one came. She pushed the code blue button and the alarms went off and like that 6 other nurses rushed into the room. I was terrified and then they lost Coltons heart beat. They had me get on all fours and try to find it that way and they found it but it was very low. Then my doctor showed up and broke my water and inserted a scalp monitor (they screwed it into his head and I didn’t know this until he was delivered!) and then finally things got under control.

The pitocin was started but the epidural was failing from them having me on my side so only one side of my body was numb. They decided they would place a new epidural and just like the first time I had the same awful reaction. The anesthesiologist then said he refused to try again because I had been on the verge of going into a emergency c section twice already.

So there I was… feeling every single contraction and I was convinced there was no way I could push out a baby without a epidural. After 15 hours of labor it was time to push and after 20 minutes of pushing, we met our handsome 9lbs 1oz little man!

Colton was born Thursday June 6th, 2017 and he was perfect. The next morning things started going down hill when a nurse noticed how he was breathing and that it was very fast. Our simple two day hospital stay turned into 6 days with our little man in the level two nursery, many blood draws and on oxygen. Luckily his blood panels are were negative for anything serious but once he started antibiotics his levels started going back to normal and we were so excited when we found out we could finally bring him home.

The day we left the hospital we picked up our daughter Madison who has been staying with family the time we were in the hospital so she had not slept well and was getting very spoiled. We got home and she was AWFUL. She dumped a bag of chips all over our living room carpet, threw a pillow at me while I was feeding Colton and was totally acting out. We all went to bed that night and I cried all night long. I felt like I had let her down and that she was going to hate me. In my head I didn’t think it would be a hard transition for her but then I was realizing she had been an only child for 3 and a half years, and that was a huge change for us all.

The first two weeks Colton was very colic and we found out he has reflux. On top of being colic I was up with him every two hours at night and during the day I was juggling two kids on top of cooking and trying to keep the house clean.

And then it happened.. I had a break down. I knew I was putting two much on myself but I wanted to be the perfect wife and perfect mother… I mean seriously I had just pushed out a baby, what was I thinking?! I called my doctor and spoke to her and cried on the phone to her about being overly stressed and she suggested I come in for a appointment to talk about things. The appointment was 4 days away and the next few days were okay and I thought you know what this is embarrassing and I can deal with it myself so I cancelled the appointment. And then things got worse again and I just felt so down and had a hard time feeling happy and I was snapping at my husband and my daughter. I knew I needed to make a appointment and actually go in this time so I did and went.

The doctor spent a lot of time talking with me and ultimately we agreed on trying out a low dose medication. Fast forward four months and I feel great. I have found different ways of coping with stress and asking for help from my husband when I need it. I was told that my post partum depression was most likely stemmed from a traumatic labor and extended hospital stay, especially since not one thing went how I pictured that it would.

I felt so ashamed when I was so down after Colton was born when that was suppose to be such a happy time but then after talking to a few friends and realizing how common it is, yet it’s a forbidden subject… that blew my mind. We as women need to be able to support each other in times like those. I had a amazing support system and had friends that went over the top and offered their help.

Basically no matter what we all believe we will never be the perfect wife or perfect mother but as long as we are happy and taking care of our bodies and soul then we will be able to be good mothers. If you’re not taking care of yourself and unhappy, you will not be able to take care of other people.

What To Pack In Your Hospital Bag