Having a child with newly diagnosed ADHD 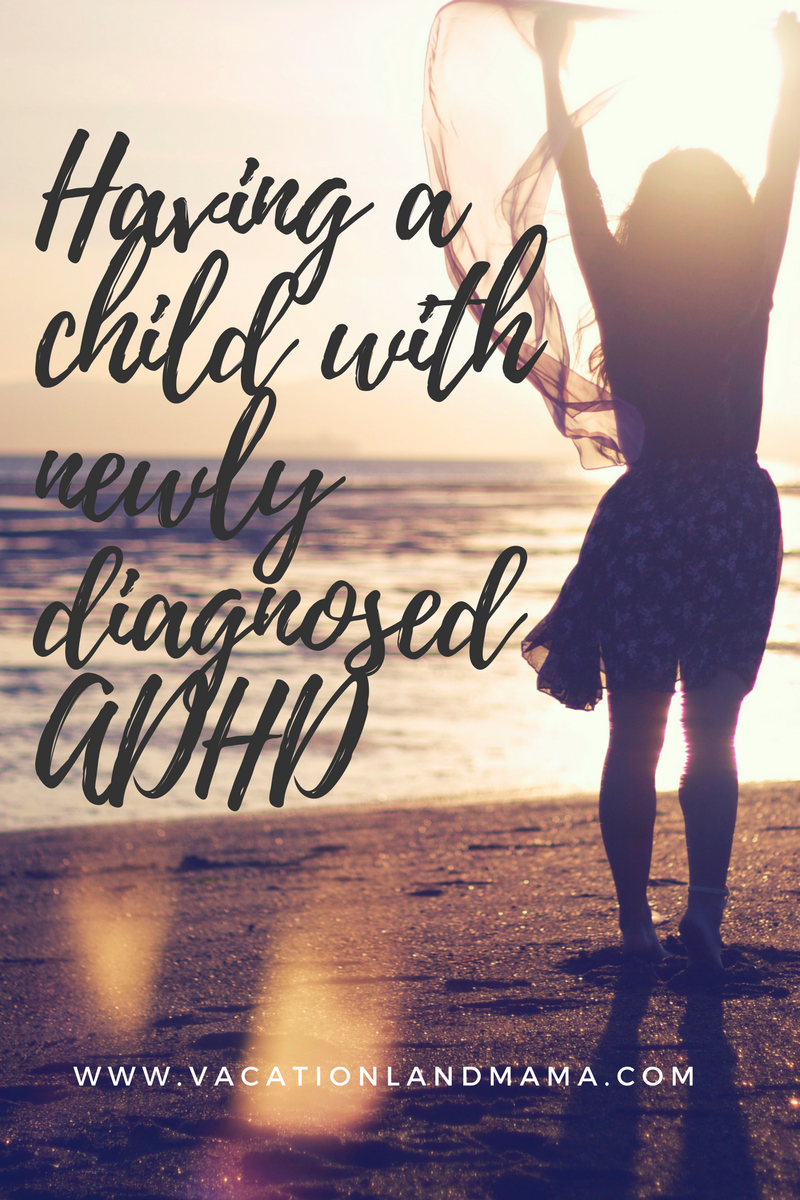 Growing up ADHD was something you heard of in school and before having children I would often see children at stores acting out and thinking “wow, my child will never act like that”. Little did I know fast forward a few years, and that would be my child. The child that runs away in stores, parking lots, and simply cannot sit still.

Madison started talking full sentences at 15 months, and was always very advanced in her speech and everything that she did. She has also been very active. For those of you that do know us personally and have spent even just a little bit of time with Madison, you know exactly what I am talking about. If you do not know us personally, imagine being a cat that is surrounded by 100 people that all have lazer pointers.

Madison is super strong willed, smart and I swear she likes to talk just to hear herself talk! Have children and raising them into kind little humans is tough, but having a child that is like the energizer bunny from the moment they wake up until they go to sleep can be exhausting.

Being a parent of a child with ADHD is at times super frustrating but I always remind myself, what it must be like to be in her body and mind. Having numerous thoughts going at once, and having the inability to just slow down and relax yourself.

Deep down I knew that she could possibly have ADHD but it wasn’t until her 4 year well child visit that it was officially talked about. In the first 5 minutes of the visit with the doctor Madison was sitting in the chair and answering all the questions that she was asked but at the same time she was standing in the chair, then sitting, then standing. When asked what her favorite food was she instantly got up and started a song about how waffles were, then ran to get hand sanitizer and then back to the chair where she could not just sit still, for even a moment. Within the first five moments the doctor looked at me and said “Is she always like this?”, I laughed and said “Every single day”.

Luckily I work with Madison’s pediatrician so the following day we were able to talk and discuss by ourselves without any distractions, and decided to have her preschool teachers fill out the ADHD vanderbilt forms. Her pediatrician said she knew what they were going to say already, but it is part of the protocol. There was also a parents version of this form that Jeff & I filled out. As suspected the teachers form came back exactly as we had imagined.

Madison was diagnosed with Combined ADHD. It has been 5 months since this diagnosis and this is the first time I have really talked about it. At this point we are working at home with techniques such as goal orientated sticker charts. We are holding off on any sort of medications for now, and we will re-evaluate as time goes on.

This diagnosis has been sort of a relief for us, as I cannot tell you how many times people stared or stated that Madison needed to learn the word “no” or some discipline. Suddenly everyone becomes a expert on ADHD when you tell them you have a child, even though any of those people do not have a child who has this diagnosis. I have heard to try a chiropractor, because that will definitly solve all of our problems.

People believe that your child is simply just bad, or does not listen to you and does not have ADHD. This is the main one that bugs me. Working in a pediatricians office I see day in and day out children that have ADHD and they are not “bad kids”, their minds simply just work differently than ours.

People say that ADHD meds are bad for kids. I was actually told that meds are bad and kids just need some outdoor play. We are not at the point where we have decided we will do meds, but if and when we do decide that we will take that route, that is our decision as parents. Pediatricians do not just prescribe ADHD medication unless the parents and provider truly think it will benefit.

No matter what you ultimately decide, someone will have something to say about it but at the end of the day, your decisions are the only ones that matter. Not only will people judge your decisions, they’ll also judge your kid. Since ADHD isn’t exactly a visible affliction, you’ll receive many a raised eyebrow and scathing side-eye from strangers over your child’s sometimes wild behavior.

There are no two ways about it, ADHD can turn a perfectly lovely child into the kind you’re worried about taking anywhere. Impulsive actions, emotional meltdowns, and exaggerated reactions are easily mistaken by the general public as brattiness when really they’re just par for the course when your kid has ADHD. And no matter how well you feel you’ve got it under control, there are going to be times when you are totally over it… but tomorrow will be a new day.

At the end of the day, I see a wild, strong willed child who is unbelievably start. She may test our limits daily, and cause me to repeat her name 10+ times before she decides to answer me, or cause people to stare at us at the store… but this is our journey and I know that this is just the beginning as she will start kindergarten in the fall.

Does your child have ADHD? Send me some tips for when Madison starts school!