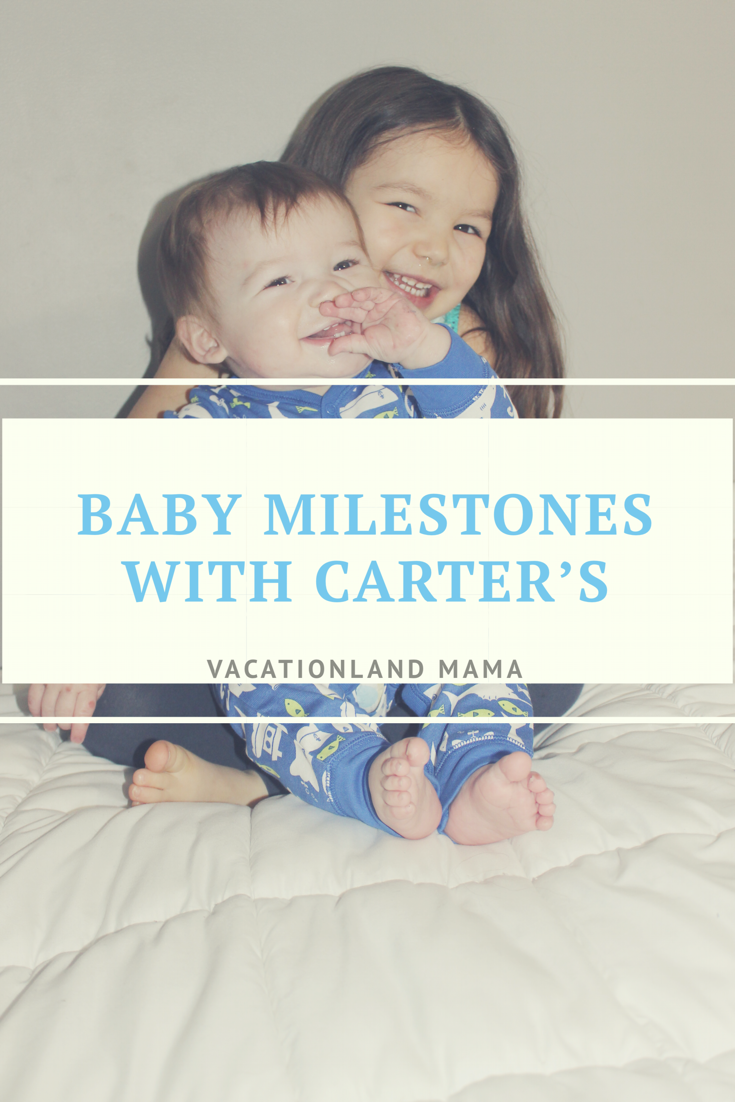 This post is sponsored by Everywhere Agency on behalf of Carter’s; however, all thoughts and opinions expressed are my own.

Going from one kid to two has been quite the adventure, and when I think back to four years ago when Madison was only 5 months old and all of the firsts with her. From that first smile, that first laugh, to the first steps. Every milestone that she would hit was just as exciting as the first.

Colton just turned 9 months old and I worried that I would kind of have that been there done that attitude because I had already been through all these first with Madison but I was so wrong.

That first smile and my heart melted, hearing the giggles for the first time, and even now listening to him constantly say “mum mum mum” because of course his first word was “dada”.

The milestone that has my melting my heart every day, is watching the bond between Madison & Colton. The first two weeks were so hard when he was first born, and I thought she is never going to like him. That couldn’t be anymore further from the truth.

The bond between the two of them is amazing! They are constantly chasing each other around the house and the giggles between the two every car ride simply makes my day. I cannot wait for the next big milestone, which will be those first steps. Madison is his biggest cheerleader and watching them run around and playing with each other is going to be a blast.

Carter’s has been with us on our journey and with each milestone. This month Carter’s launched their new campaign, “With You From The Start”, which celebrates little ones as they grow.

Carter’s has all of your must-have essentials and with spring right around the corner, I have been obsessing over all of the spring and summer items that are now out! With Colton slowly growing up, faster than we would like, pretty soon he will be moving up to the toddler section but the clothes are just as adorable.

Head over and check out the “With You From The Start” video so you can feel all that emotion like I did!

How To Make Mealtime Fun

What To Pack In Your Hospital Bag